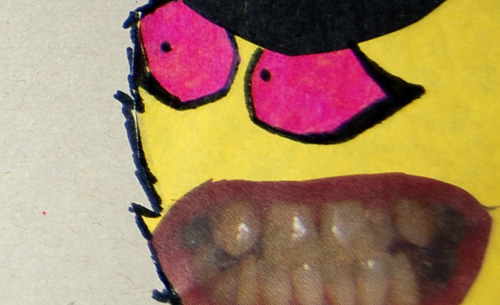 Following last week first session coverage, here’s what I’ve got from my third illustration classe. Tonight we had the opportunity to give a try at collage. It’s been messy but monsterly fun.After the pets (first session) and the childrens last week, Dee brought on the table another children’s favorite: Monsters. Using collage for monsters really make sense as monsters  are allowed to non-realistic shape and the bright paper’s colors helps these creatures to pop out of the sheet (Dee’s been scared several time tonight…).

I think I’ve done my last collage attempt when I was around 10 yo so I haven’t got to deal with too many habits and jump into it as a virgin if I can say! Really love it. I started with a round shape of what will be the main character and then started adding details to it. After a little while it was sort of ok but I was struggling to find a way to add fun to the composition.

I then realized that one of the few guy (mainly womens in the course) was hijacking elements of a newspaper in order to create his beast based on Gordon Ramsay. F***ing good idea! So I decided to add “realistic” elements to my monsters. I then retraced the shape of the characters with a fat black line to make everything more lively. 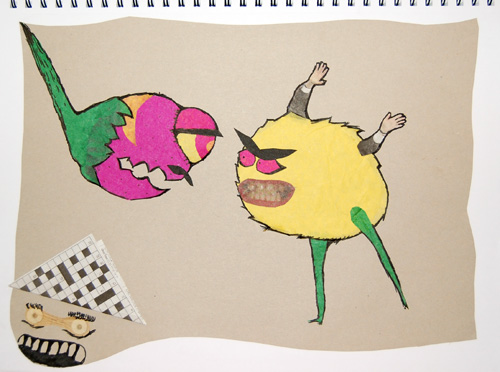 It was very interesting to see other people technics of collage. On the second part Dee did a critic’s round of everybody’s work. It was a bit exhausting physically but inspiring because of diversity of styles and Dee’s comments.

As a good pupil I’ve done my homework last week and continued the moods exploration. Here’s a quick montage of what I’ve ended up with: 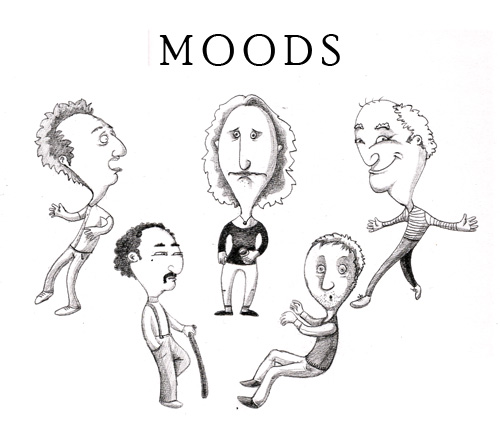