It has been almost three years since I’ve done this illustration of Django Reinhardt having a break playing guitar to focus on fishing, and I always wanted to give it a follow up.

The starting idea was to play on Django’s music legacy, how it still inspires thousands of people (and animals) all over the world, which sometime feels like if Django was still alive. Then, I’m still thinking Django was not only one of the great guitarist but a well respected fisherman too. 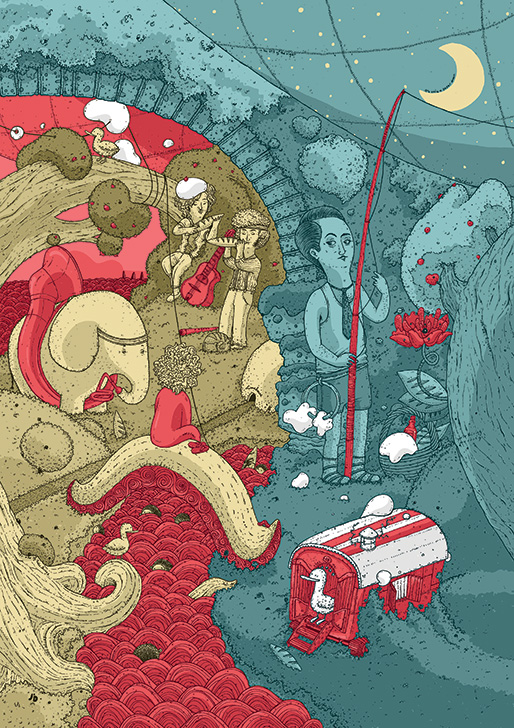 This time my own Django’s logic has been pushed further with some pretty damn good fishing versatility to pick up clouds that could interrupt people playing Gypsy Jazz in parks, and free distribution of amazing French baguettes that could eventually interrupt people playing but only for a mandatory tasty break. Thank you Django, and I hope to see your skills soon playing well on the lovely green Welsh hills.

Being a pure self-ignitiated project, it has been regularly pushed by non-self-ignitiated ones. In other words it took me a while to see it complete, so here is the inspiration board, the original doodles and a little slideshow dedicated to memory: 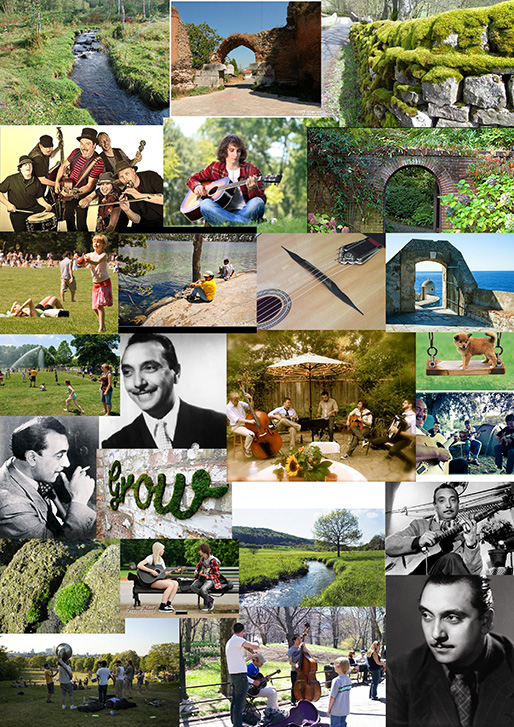 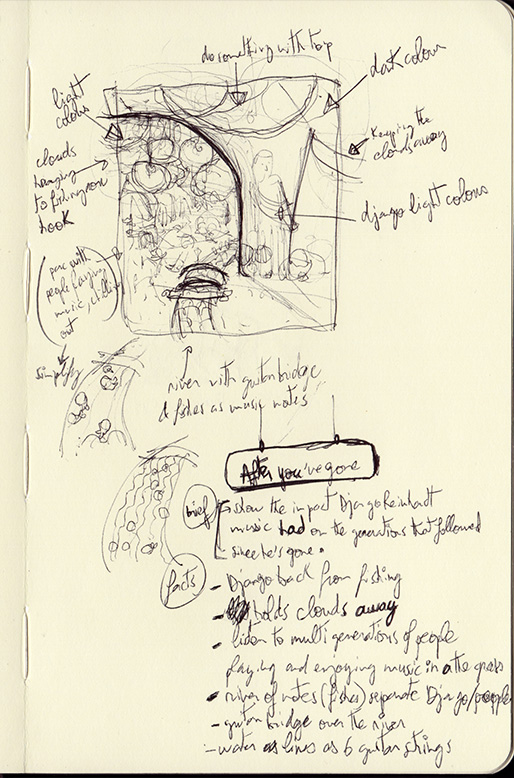 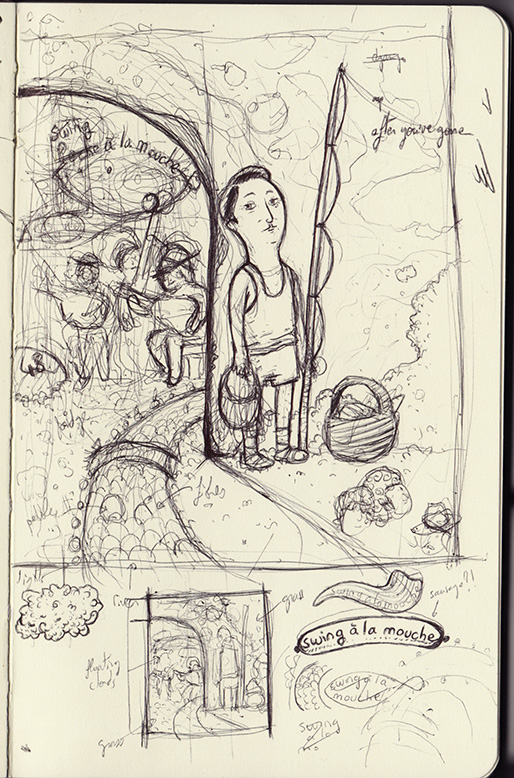 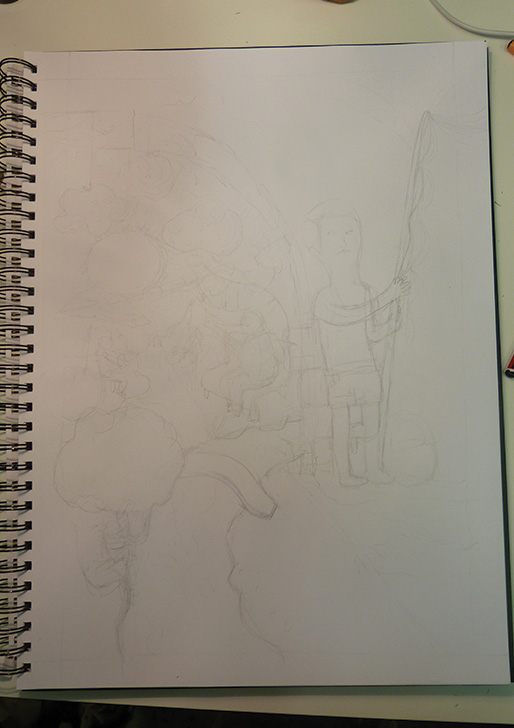 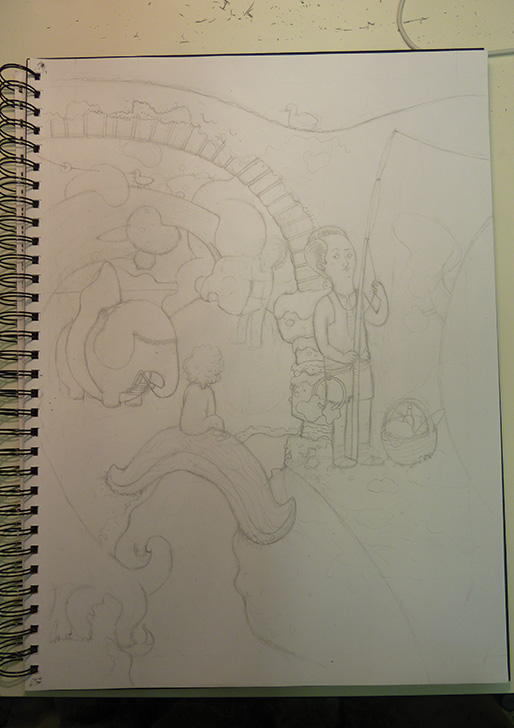 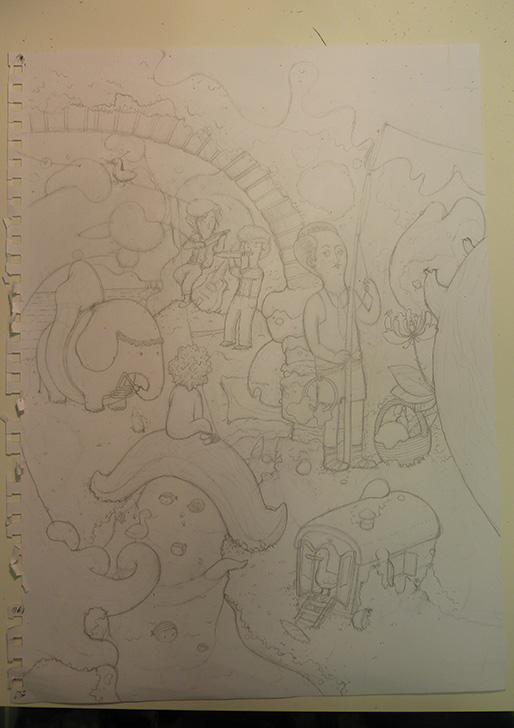 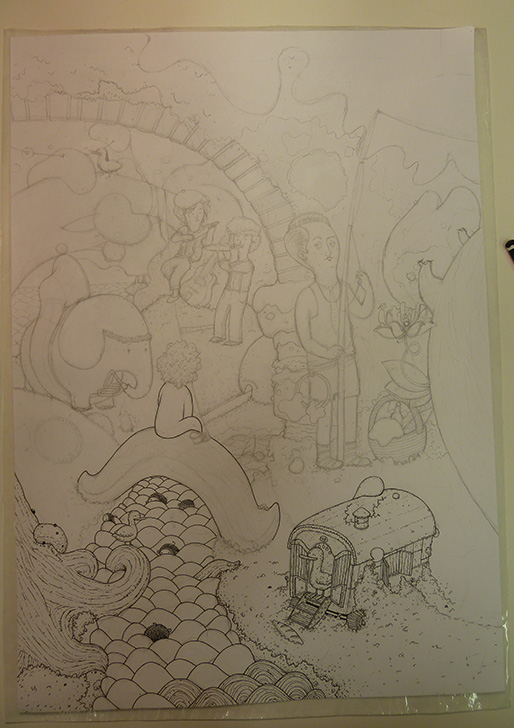 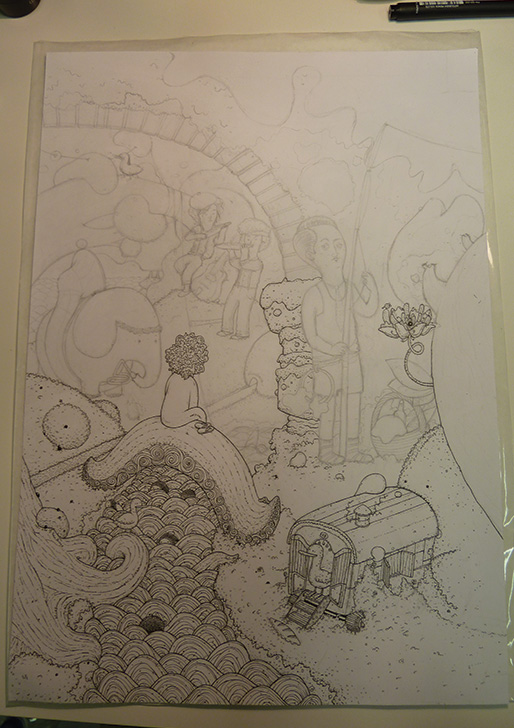 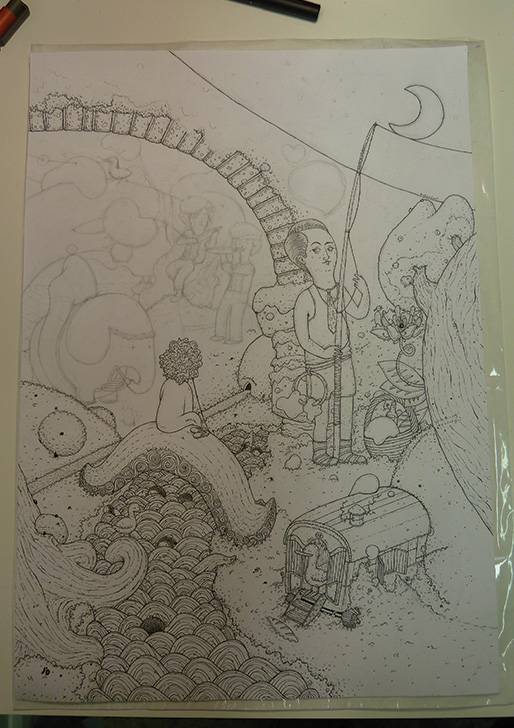 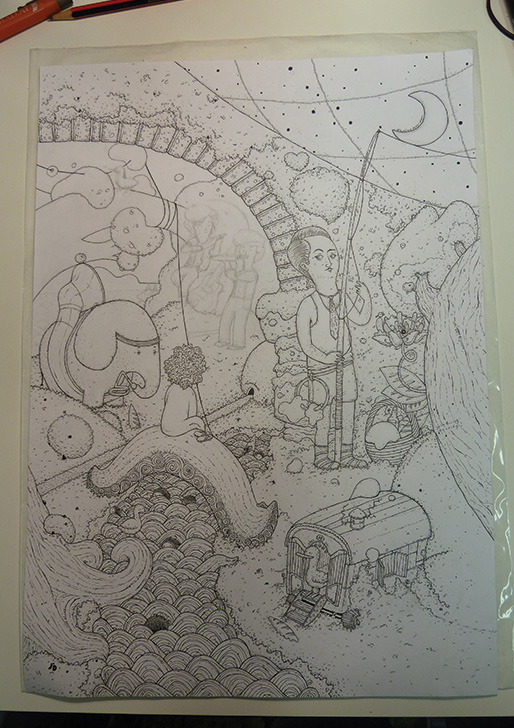 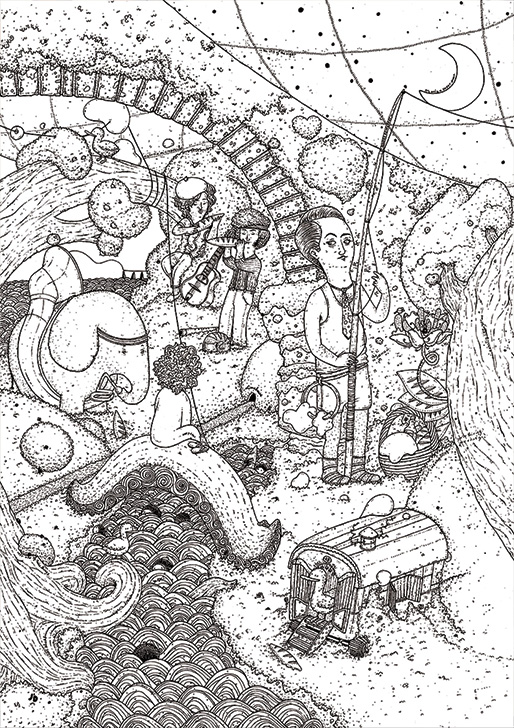 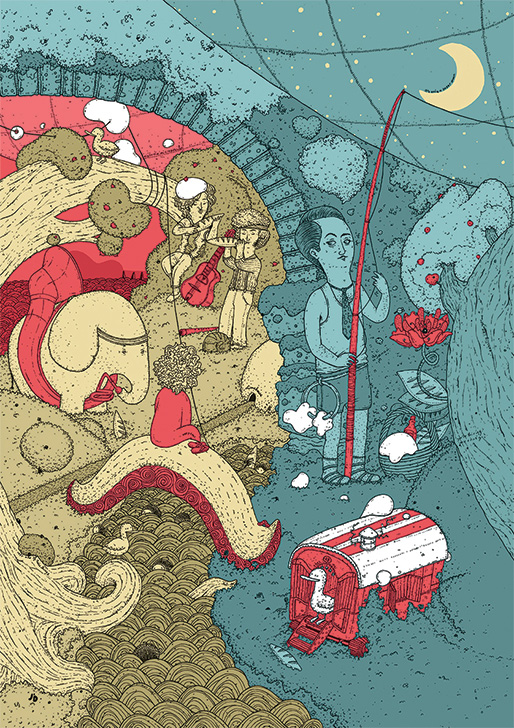