As this year began I looked for something new to pimp up my little illustration world.

I found out about this impressive project by illustrator Chris Piascik, “1000 Days of Drawing“, who sketched something new everyday for four years (!) and eventually published a book out of it. I subconsciously let it grow for few days and decided to start up my own serie of tiny daily drawings.

There are a lot of people on the planet (around 7,000,000,000 I heard) so drawing a different one each day shouldn’t be that hard. Et voila, a friendly plan to give me an excuse to sketch something new everyday: drawing a random character from Monday to Friday, in black & white, for 30 minutes maximum, date it, name it and publish it (on a Tumblr), for as long as I can.

It started on the 31st of January and finished on the 18th of June with the 100th iteration of my character marathon, Charactron.

So? So, it has been a daily dose of improvised pleasure, my pens and fingers have been upgraded, people seemed to like it with very motivating comments from friends and complete strangers, and I might do something like this again. Merci, beaucoup.

Exclusive photographs of my abused sketchpad 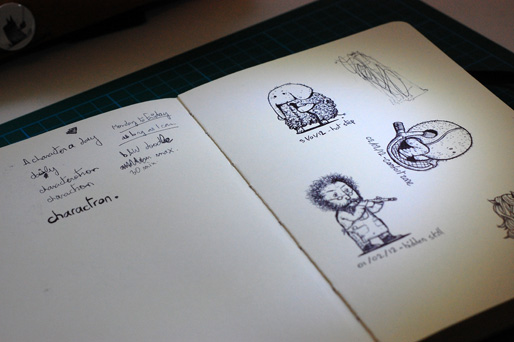 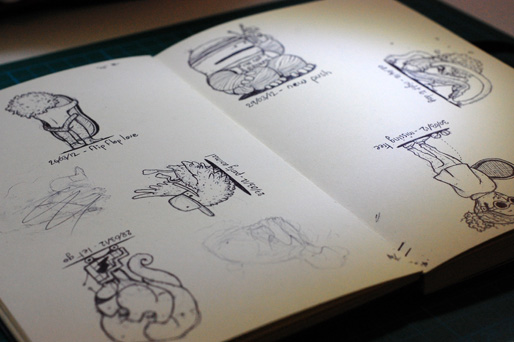 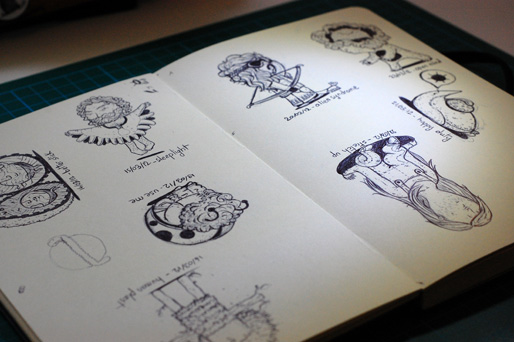 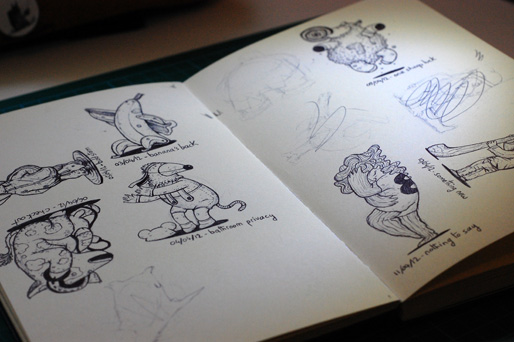